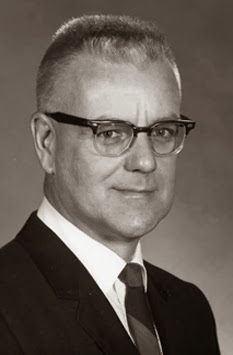 Edward G. Zubler.
The time when we were positioned in front of our own mine fields was during the Battle of the Bulge. When the German offensive began, we were just to the north of that area and several divisions were withdrawn to engage this breakthrough. When the repositioning of the American and British troops was done, we were left to guard an extensive area of the front which had been occupied by 3 divisions. So we were in a very vulnerable position and the reason for mining the fields and roads to our rear was to retard the Germans in case of an additional offensive in our sector. It was certainly an uncomfortable position for several weeks but nothing like being directly involved in the Bulge. At that point in time, our division had been weakened (loss of men and equipment) from the many engagements in the Siegfried line and that contributed to our defensive assignment. In retrospect, that was most fortunate for us because the fighting during the Bulge was certainly fierce and under the worst weather conditions.

The patch of the 102nd Infantry Division.
"The following story, titled "Silent Night" was written by one of the men in my outfit. I'm one of the characters in the story and it's true in every sense. It's an odd Christmas story but one that we will always remember vividly. It says more than any letter that I could write.

It was a couple of weeks before Christmas when we moved into this little German town, somewhere in the Siegfried line. We were tired and dirty, and I remember that it had been eight days since I had last been able to wash or shave. Our clothes were muddy from the frequent contacts with mother earth while dodging shells during the previous days.

Our Battalion had made an attack on one of the hottest towns and one of the most desperately defended on the line and had taken it. And then, for three days we fought off counterattack after counterattack by the Germans, under constant barrage and shell fire - and held it. Our Battalion Aid station had been going day and night, at one time evacuating from two battalions when another outfit went through us to attack the next town. They had taken this town and now we were moving in behind them to give support in case the Germans counterattacked here also.

We set up our aid station in the basement of what had been a German hospital. The Germans of course knew where everything in the town was and then had every place zeroed in with their artillery. The town was "hot", in fact they managed to make a direct hit on the tall hospital building every few minutes, though in the cellar, we were comparatively safe. The upstairs we like the rest of the buildings in town, pretty much of a mess from the shelling we had given to it and what help the Germans were now adding. We were gathered in one of the basement rooms where we had found some beds, trying to relax our tired and dirty bodies and jumpy nerves from the shaking buildings as the shells landed all about us. Suddenly, one of our men broke through the blackout curtain covering the doorway, exhibiting a square box he had found while rummaging around and we looked with interest at what he had found. We opened it and discovered an antique music box, complete with a number of tin records, so we set about getting it going. Any diversion from the thoughts we had in out minds would be welcomed. We wound it up and put one of the tin disks on and the room was filled with the strains of "Silent Night".

A silence fell upon the group in the room and even the shells outside seemed to stop with the spell of the moment. This tune of peace had come quite into this atmosphere of war. The music was simple, not spoiled by the modernization characteristic of most of our American music and it sounded much like a harp in sweetness. When the record can to an end, it automatically started over again and no one made a move to stop it for a long time.

No one spoke. As I glanced over the group of my buddies in the room, I could see how they had relaxed and there was a soft, far away look in the eyes of these men who had just seen so much hardness and brutal war. There were tears in the eyes of many as there were in mine. No, it probably wasn' t this Christmas they were thinking of, but of the past and the future ones they hoped to spend with those loved ones, Christmas that will be full of love and joy and radiant peace. They were my thoughts too, as I slipped out the picture of "my girl" back home and kissed it gently before returning it gently to my pocket.

The next day, when we moved on to the next town, a shell came through the lower window and made ruins and rubble out of out sanctuary.