La Roche changed hands several times during the battle of the bulge. It was severely damaged by American artillery. The town was the meeting point for the Armies on the northern and those on the southern front when they closed the gap and trapped a great number of Germans in the Ardennes at the end of the battle. 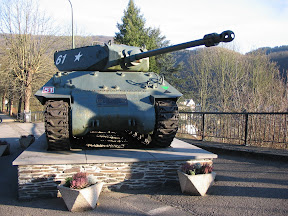 M10 Achilles. This tank destroyer is standing on a hill near a hotel overlooking La Roche. Closeby is the monument for the 51st Highland Division (HD). Located at the entrance to La Roche, coming from Samree. Rue du Chalet 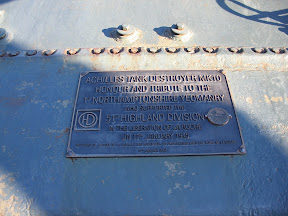 Commemorative plaque on the front of the tank. Achilles Tank destroyer MK10 honour and tribute to the 1st Northamptonshire Yeomanry who supported the 51st Highland Division in the liberation of La Roche on 11th January 1945. Restored by musee de la battaille des ardennes in partnership with the town of La Roche 11th January 2000.

Pershing tank M46
The military infantry academy in Arlon donated this American tank to the town in 1990. It stands on the parking lot Quai de l'Ourthe. It stands as a symbol for the second liberation of the town in January 1945. Tanks of this type did see action during ww2 although there weren't many of them on the battlefield. The tank is no longer there. It was replaced by a Sherman tank in 2004. 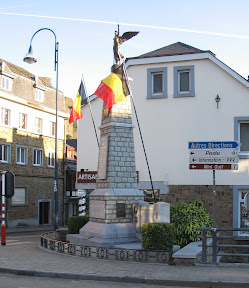 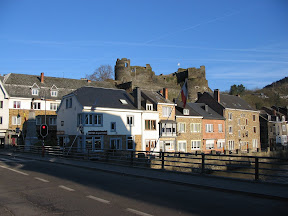 The bridge in the city of La Roche en Ardennes was blown by the retreating Germans on September 8th 1944. 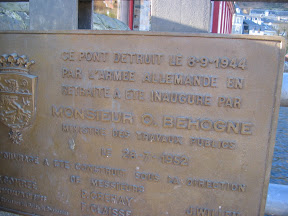 A plaque on the bridge reminds of the Germans blowing the bridge on September 8th 1944 and the opening of the new bridge in 1952. Location: Rue du la Gare 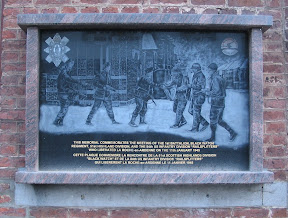 Monument commemorating the battle of the bulge in ww2 in La Roche en Ardenne in Belgium. It Reads: This memorial commemorates the meeting of the 1st Battalion Black Watch Regiment, 51st Highland Division, and the 84th US Infantry Division Railsplitters who liberated La Roche en Ardenne on the 11th January 1945 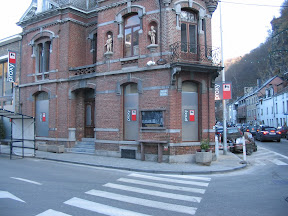 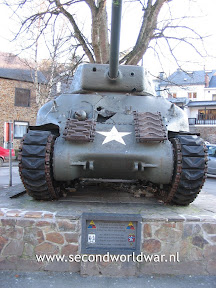 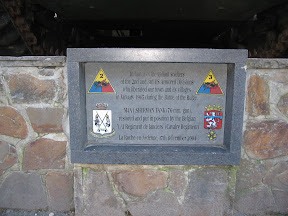 In honor of the gallant soldiers of the 2nd and 3rd Armored Divisions who liberated our town and villages in January 1945 during the Battle of the Bulge.
M4A1 Sherman tank (76-mm gun), restored and put in position by the Belgian 1/3 Regement de lanciers (Cavalry Regiment) La Roche-en-Ardenne, 17th December 2004 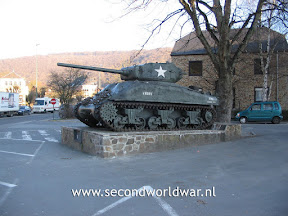 51st Highland Division (HD)
Monument for the Scottish division that fought to liberate La Roche in January 1945. On the monument you can see the names of the men from this division that fell in this area.