Musee de la Bataille des Ardennes
Chateau de Clerveaux L-9712 Clerveaux, Luxemburg
The collection has started as a private collection bij mr. Frank Kieffer. The museum is located in a historical significant location for the battle of the bulge. It is located in the chateau in Clerveaux. The city was in the line of advance of the German army during the battle of the bulge. A small force of American units under command of Captain Clark Mackey, commander of the 110th's Headquarters Company, and Captain John Aiken held out in the city until the morning of the 18th. It had been under attack from the Germand 2nd Panzer Division, 116th Panzer Division and the 126th Infantry Division since 16th December 1944. After a bloody battle the last defenders gave up and where taken prisoner.

In the square in front of the museum you can find a sherman tank and a german 88MM anti-tank gun. (info here).

The museum has one big disadvantage and that is that is does not have enough room. Especially the rooms on the ground floor are crammed with al kinds of remenants from the battle. It is impossible to see it al an take it all in. As a militaria collector myself I recognize a hobby gone out of control.

Upstairs the museum has a great collection German and US uniforms. It is great to see that the uniforms from both sides are from all branches of the armies.

The museum has some very interesting small pieces, like the German Wehrmacht christmas trees. The museum is probably the most interesting for other wwii enthousiastics and militaria collectors. 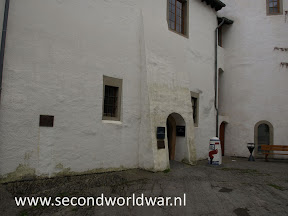 The entrance of the museum inside the castle. 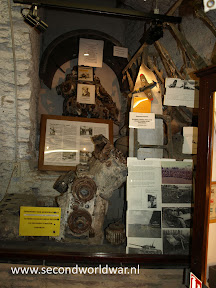 Pieces of wwii aircrafts from both sides that where lost in the airwar over the area. 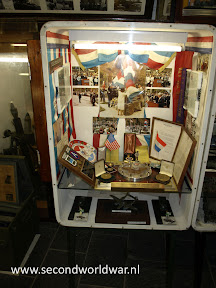 The GI-soldier monument in Clervaux. 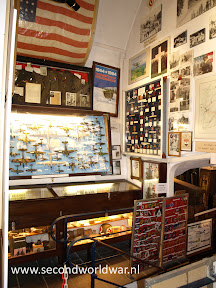 Overview of a part of the museums collection. 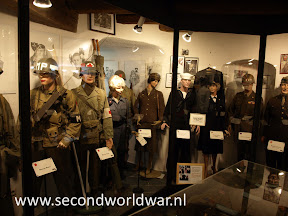 A part of the impressive collection of US uniforms in the Clervaux museum. 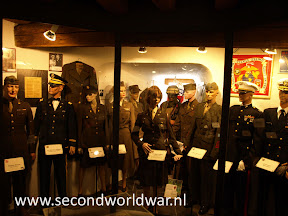 A part of the impressive collection of US uniforms in the Clervaux museum. USMC, WAAF, US Army, US Navy