From September 1944 to February 1945 was this combat zone. 90-95 percent of the houses and farms were destroyed during the war, the fallen soldiers where recovered from the woods and registered and then buried here. Men from Walldorf, took u the task to mark each grave with a wooden cross. 1950/51 the dead were reburied at the current facility. The People's Alliance designed the cemetery, put on a perimeter wall and put a sand stone cross. Individual graves at the foot of small name stones are embedded on the grave with sand stone crosses, reminiscent in shape to the old atonement crosses. 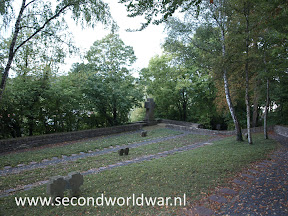 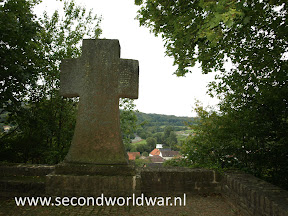 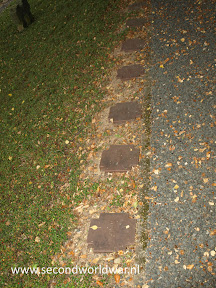 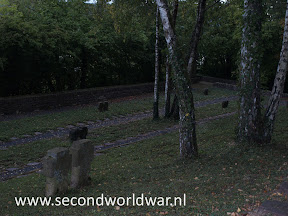 A small German war cemetery at Wallendorf Germany, a village just across from the Luxemburg - German border.

More information on the site of the Volksbund Kriegsgräberfürsorge (in German)