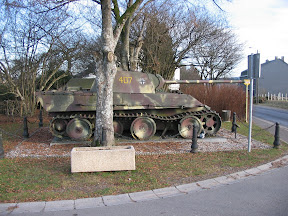 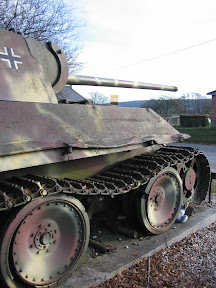 The tank was left behind in Grandmenil when it ran out of petrol. 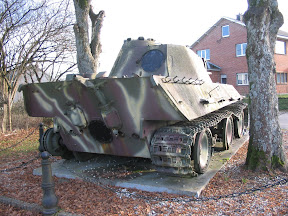 German tank left behind when the Germans retreated on 26st December 1944. 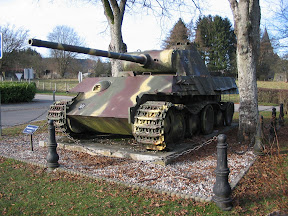 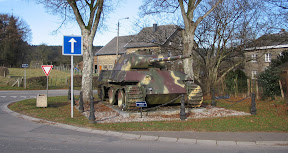 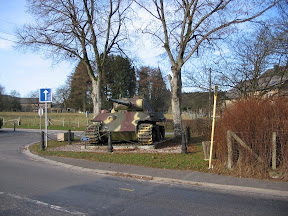 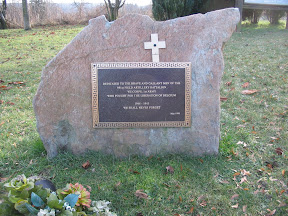 Monument in Grandmenil. It reads: "Dedicated tot the brave and gallant men of the 951st field artillery battalion VII corps, 1st Army who fought for the liberation of Belgium. 1944-1945 we shall never forget." 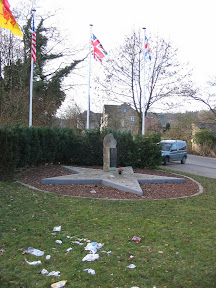 75th US Infantry Division | 3rd US Armored Division. The monument reads: Valleys, hills, forest and villages of the Ardennes, you have seen them pass, fight, suffer and fall. Under the stars of their flag liberty was marching. In recognition and gratitude to all the allied soldiers. 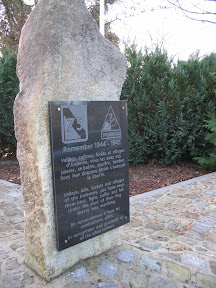 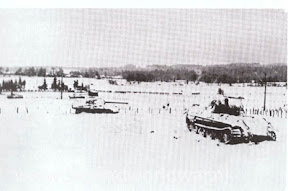 Panther tanks lie shattered around the Bomal-Manhay-Grandmenil junction in 1944. Left behind by the German 2nd SS Panzerdivision. One of these tanks is the one that is still present in Grandmenil. Photo from the book by Jean Paul Pallud, Battle of the bulge then and now.