Many of the US soldiers that gave their lives during the battle of the bulge are buried here on this cemetery.

450 US soldiers that where lost in action during the battle of the bulge or during the campaign from France through Belgium and the Netherlands are commemorated on this cemetery. 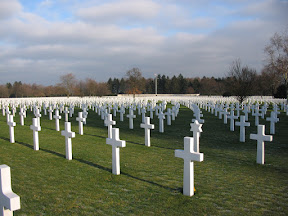 Endless rows of white crosses on the cemetery. 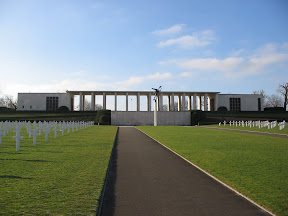 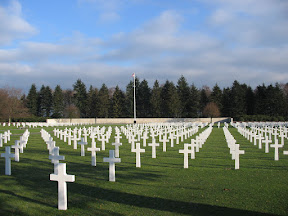 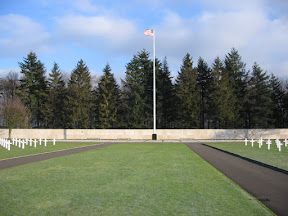 Wall in the back of the cemetery with the text: In honored memory of those who gave their lives for their country. 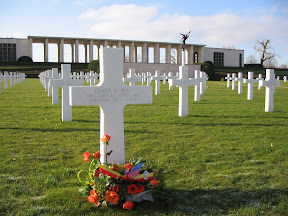 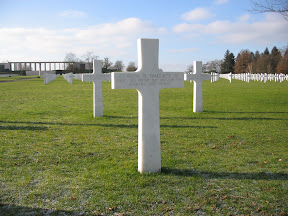 The grave of Claude D. Wallace. Jr. A captain in the 501st Parachute Infantry Regiment 101st Airborne Division who died 19 December 1944. He is buried at Henri-Chapelle, Belgium. 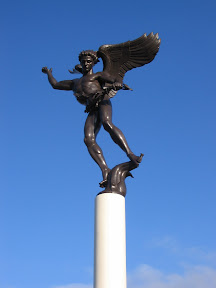 The gardian angel overlooking the graves. 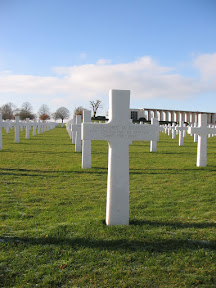 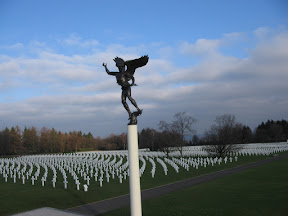 Information about the cemetery from the American Battle Monument Commision.

"The 57 acre cemetery lies on the crest of a ridge affording an excellent view to the east and west. The memorial is visible from Highway N-3 several miles away. Highway N- 18 separates the overlook to the northwest from the rest of the cemetery. The site was liberated on 12 September 1944 by troops of the U.S. 1st Infantry Division. A temporary cemetery was established on 28 September 1944 two or three hundred yards to the north of the present site which was selected because of its more attractive setting. Here rest 7,989 of our military Dead, most of whom gave their lives in the repulse of the German counteroffensive in the Ardennes or during the advance into, and cross Germany during the fall and winter of 1944 and the spring of 1945. Others were lost in air operations over the region. The cemetery and memorial were completed in 1960."

"Among the graves are 33 instances in which 2 brothers rest side by side, and one instance of 3 brothers; also there are headstones marking the tombs of 94 Unknowns."