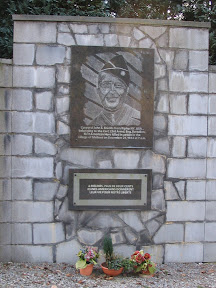 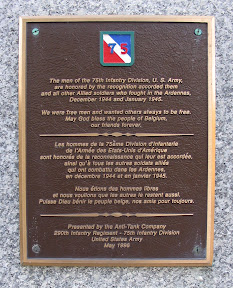 The men of the 75th Infantry Division U.S. Army are honored by the recognition acorded them and all other Allied soldiers who fought in the Ardennes, December 1944 and January 1945. We were free men and wanted others always to be free. May God bless the people of Belgium our friends forever. | Presented by the Anti-Tank Company 290th Infantry Regiment - 75th Infantry Division United States Army May 1996. 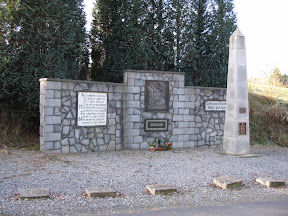 The monument at Melines. Located at the Rue de Moulin, Melines. 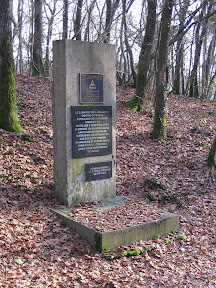 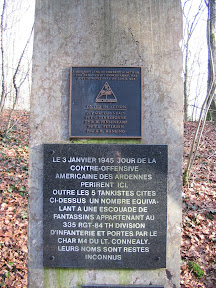 2nd Lieutenant George Conrad Connealy was also known as Connie. He was married at the time of his death. His wife's name was Eleanor, son's name Michael. They were living in the state of Washington. Parents lived in Decatur, Nebraska, George and Minnie Connealy. Mother's death was in 1929, father's 1959. Lt Connealy had 3 brothers and 3 sisters. Info provided by relative Joe Tobin. 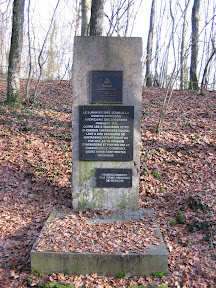