This cemetery is located not far from Bastogne, three miles north of the city on the road to Noville in the hearth of the Belgian Ardennes. Many of the German soldiers on this cemetery lost their lives during the Ardennes offensive in December 1944 - January 1945 but there are also casualties from the 1940 invasion and from the period of occupation in Belgium.

In 1944 the site was a cemetery for the Germans as wel as for the American casualties. By the end of the war 2.700 US soldiers where buried here and about 3000 German soldiers. After the war in 1946 and 1947 the American death where moved to Henri-Chapelle.

The cemetery grew when in later years smaller german cemetery where removed from othe locations. 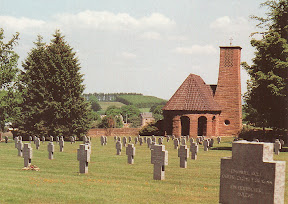 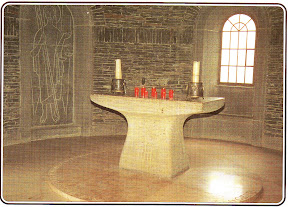 The chapel at the cemetery

More information on the site of the Volksbund Kriegsgräberfürsorge (in German)